Strip Highlights Tour is an exceptional night flight over Las Vegas and its famous Strip, in a top-of-the-range helicopter.

Before you marvel at the magic of Las Vegas lights, you will be greeted like a VIP by a magnificent limousine to your hotel, which will take you to the heliport of Las Vegas International Airport.

After you have checked in, you will be offered a glass of champagne while waiting for the big departure.

You will then board an Airbus H130 helicopter, a magnificent high-end aircraft, equipped with large windows so you don't miss a single moment of the show.

The flight, which takes place after sunset, lasts between 10 and 15 minutes, and allows you to admire the illuminations of the greatest casino hotels in Las Vegas and its Strip : the skyline of New York New York hotel, the fountains of Bellagio, the Eiffel Tower of Paris, the bell tower of Venetian... You will also fly over the huge Caesars Palace hotel complex, as well as the Luxor pyramid and its beam pointed towards the sky.

After passing flush with the Stratosphere Tower, you will fly over the historic center of Las Vegas, before returning to the heliport via the Strip in the opposite direction.

Your limousine will then take you back to your hotel. The total duration of this VIP experience is approximately 90 minutes. 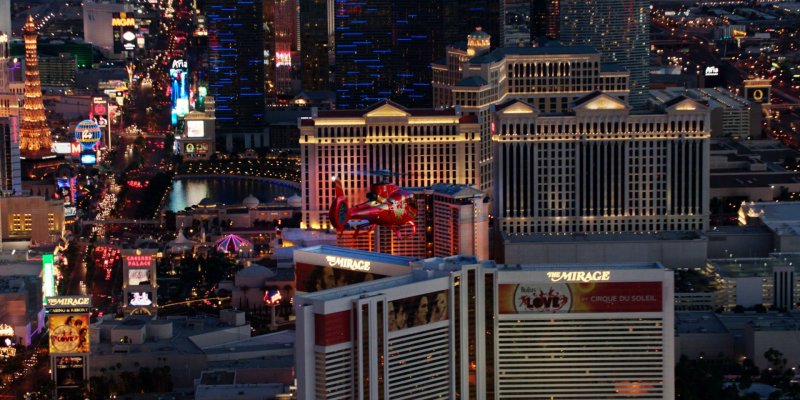 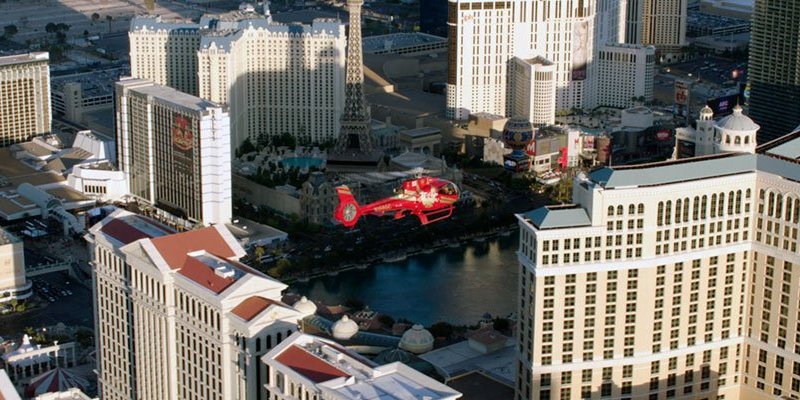 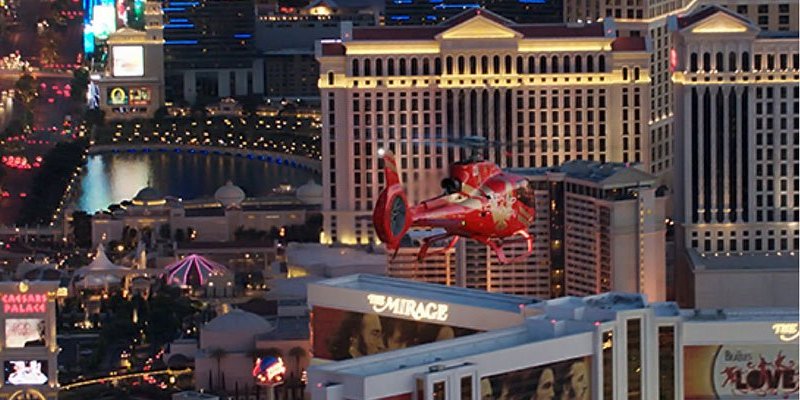 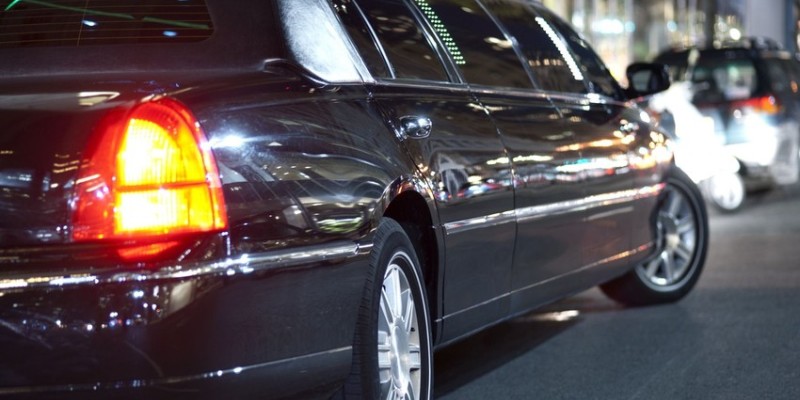 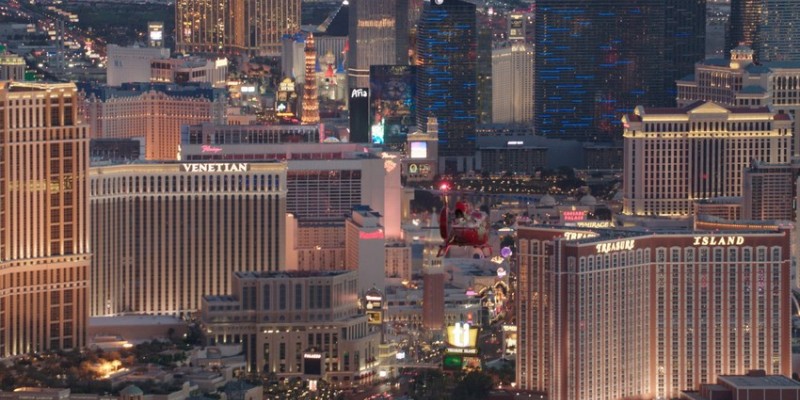